Why the Name St. Francis Seraph? 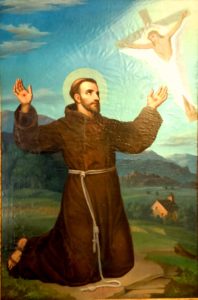 Our church is under the patronage of St. Francis of Assisi.  In that case, why then is our name St. Francis Seraph?  This name, instead of referring to the saint himself, refers to an event in his life.

The following is a description of this event as told to us by Fr. Murray Bodo, OFM

In 1224, two years before he died, St. Francis of Assisi and a few of his brothers made their way to Tuscany, a region in central Italy, to a mountain named La Verna, in order to pray and fast in preparation for the Feast of St. Michael, the Archangel, on September 29.

But near the Feast of the Holy Cross, which is celebrated on September 10, St Francis prayed that he might experience in his own body the sufferings of Jesus and know in his heart and mind the same love that moved his Lord to suffer for us.

Shortly afterward, St. Francis, in an ecstatic vision, saw a Holy Seraph Angel, one of the angels who burn with Divine Love.  It had six wings, two above the angel’s head, two extended for flying, and two covering its body which was that of a crucified man, who was Christ the Lord.

When the vision ceased, St. Francis saw that he had wounds in his hands, feet and side—the Sacred Stigmata.

We celebrate this extraordinary gift of the Stigmata of St. Francis on September 17.

This is why St. Francis is called the Seraphic Saint: He burned with Seraph love, and received the Stigmata in a vision of a Seraph.  And that is why our church is named, St. Francis Seraph Church. 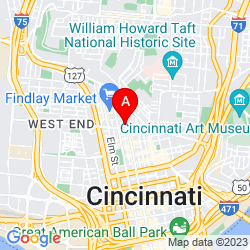